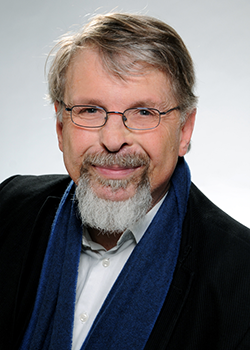 Andreas Herberg-Rothe, Dr. phil. habil., is a senior lecturer at the faculty of social and cultural studies at the university of applied sciences, Fulda and was a private lecturer of Political Science at the Institute for Social Sciences, Humboldt-University Berlin (until 2012). He is teaching and doing research in the field of “Violence and Peace in World Society.” He was an associate of the Oxford Leverhulme Programme, “The Changing Character of War” (2004-2005) and convener (together with Hew Strachan) of the conference “Clausewitz in the 21st century” (Oxford 2005). He was a visiting fellow at the London School of Economics and Political Science, Centre for International Studies (2005-2006).

His most recent book about Clausewitz (written together with Jan Willem Honig and Dan Moran) was Clausewitz: The State and War, Stuttgart 2011.

In 2010 and 2011 he held lectures at the U.S. Military Academy (West Point) about Tolstoy and Clausewitz as well as in Washington about curbing war and violence in world society, the emergence of world-order conflicts, Clausewitz and partisan warfare, and in Oxford about the democratic warrior. Some of his political-philosophical articles are collected in the volume Lyotard und Hegel: Dialektik von Philosophie und Politik, Wien 2005 [Lyotard and Hegel: The Dialectics between Politics and Pphilosophy]. He held his most recent lecture about the last topic at the 29th international Hegel conference in Istanbul in October 2012. In September 2013 he gave a lecture about the evolving battlespace of the twenty-first century at Nanyang University, Singapore.

In July 2014  he convened an international symposium in Tokyo about "Lessons of 1914 for Asia Today" and has just edited the proceedings of the conference: Lessons from World War I for the Rise of Asia (Ibidem publishers, 2015).

Together with Key-young Son (Seoul) he is writing a new book about “Being in Between: Clausewitz and Confucius, Hegel and Hannah Arendt as Midwives of a New Global Order” (forthcoming 2016).