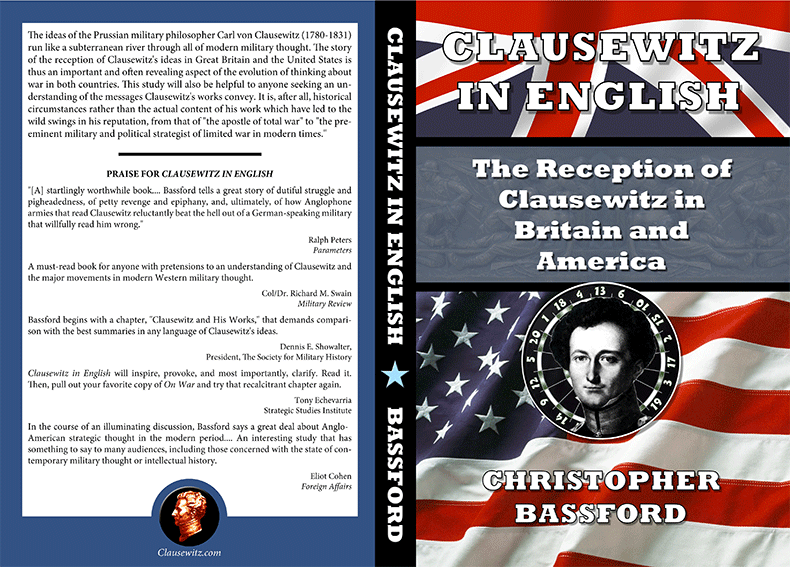 The ideas of the Prussian military philosopher Carl von Clausewitz (1780-1831) run like a subterranean river through all of modern military thought. The story of the reception of Clausewitz's ideas in Great Britain and the United States is thus an important and often revealing aspect of the evolution of thinking about war in both countries. Clausewitz in English examines the attitudes and interpretations of commentators ranging from soldiers like the Duke of Wellington, "Wully" Robertson, and Dwight Eisenhower to theorists like Julian Corbett, to journalists and historians like Spenser Wilkinson and Basil Liddell Hart, to a wide range of reformers, special pleaders, and propagandists. Grasping the changing ways in which Clausewitz's ideas have been received offers some penetrating lessons concerning the manner in which such ideas are ignored, acclaimed, rejected, mutated (usefully and not), distorted, and re-transmitted. Bassford's study will also be helpful to anyone seeking to understand the messages Clausewitz's works convey: It is, after all, historical circumstances rather than the actual content of his work which have led to the wild swings in his reputation, from that of "the apostle of total war" to "the preeminent military and political strategist of limited war in modern times."

Google Ngram chart showing changes in the relative frequency of references to Clausewitz and Jomini in printed English-language documents from 1800 to 2008. Click chart for larger image. Click here for similar data about references in German and French.

Search the text of this book

2. Clausewitz and His Works *(a fuller and updated version)

Part I. Clausewitz in English to 1873: Present But Not Accounted For

• Introduction to Part I

3. Clausewitz in Great Britain before 1873

5. The English Translation of On War

7. Prelude: the Study of Clausewitz before the South African War

8. In the Wake of the South African War

13. Clausewitz during World War One

14. The Clouding of Clausewitz's Reputation

• Wilkinson on Liddell Hart and Clausewitz

18. Clausewitz and the Americans

• The Influence of Scholars

All notes are embedded as links in individual chapters.

This link goes to ClausewitzStudies.org's vastly expanded English-language bibliography, which was originally based on the one in Clausewitz in English. See also their bibliographies in French, German, Japanese, "Other," Polish, and Spanish/Portuguese, plus our bibliography of relevant works on Complexity and Nonlinearity.

Index to the printed Oxford edition

Return to the top of this page

Go to next section

Go to Clausewitz in English Table of Contents